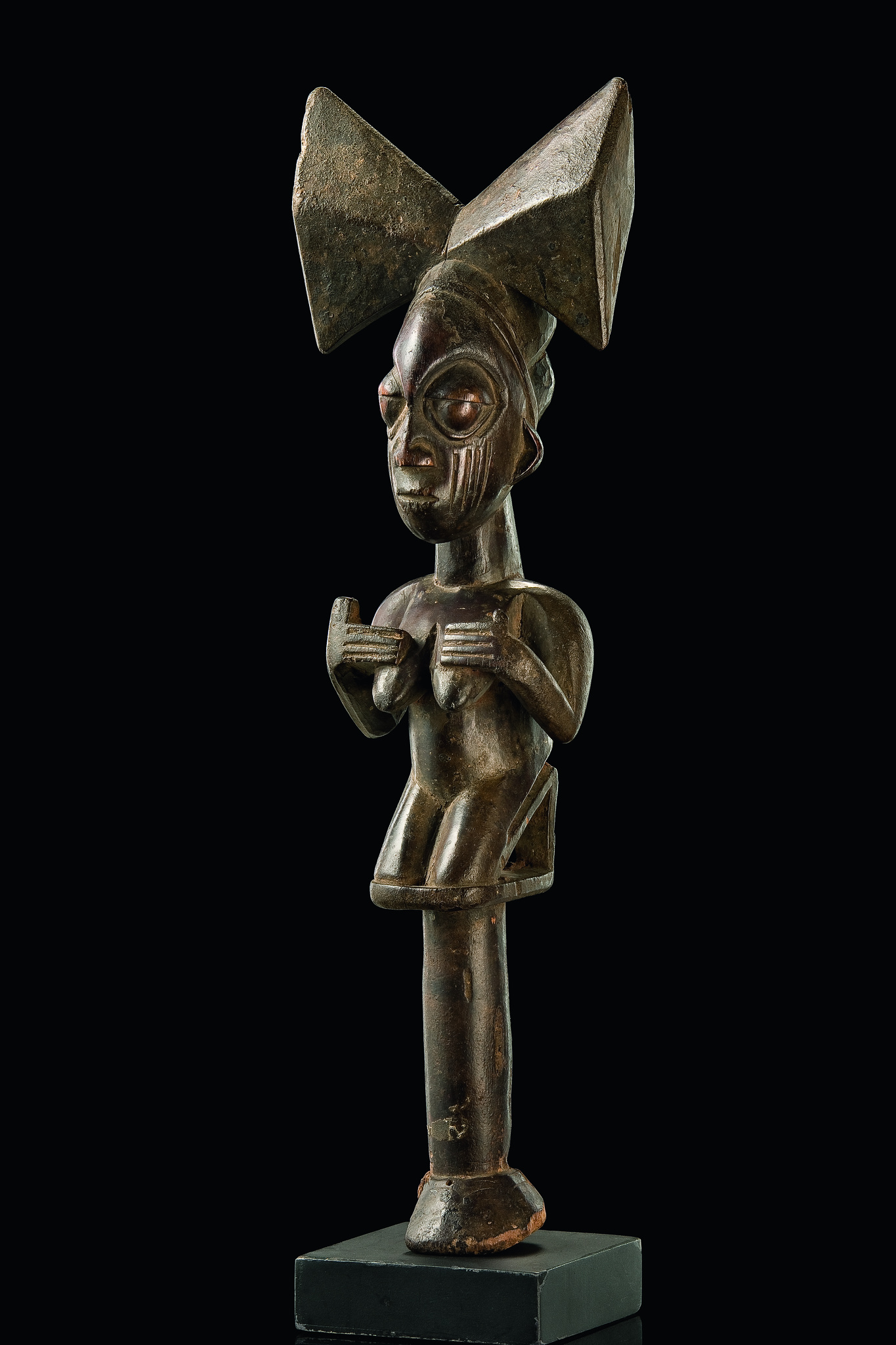 wood, shiny reddish brown patina, encrusted in some areas, round handle with a flat platform on top, carved with a kneeling female figure with symmetrical arranged body, crowned by a massive double axe symbol, slightly dam. (eyelids, nose, rims of the double axe), missing parts at the base, traces of insect caused damage backside (double axe), on base;
workshop of Aribikona Okunle from Gbongan (died 1970).
A striking aspect of the "shango" cult is the reversal of gender role. Female devotees sink to the floor, like men do, but only at the Chiefs feet, while male dancers were called "women of shango" and wear female coiffures. During the ritual dance to the music of the Bata drum, the staff is vividly swayed to and fro.