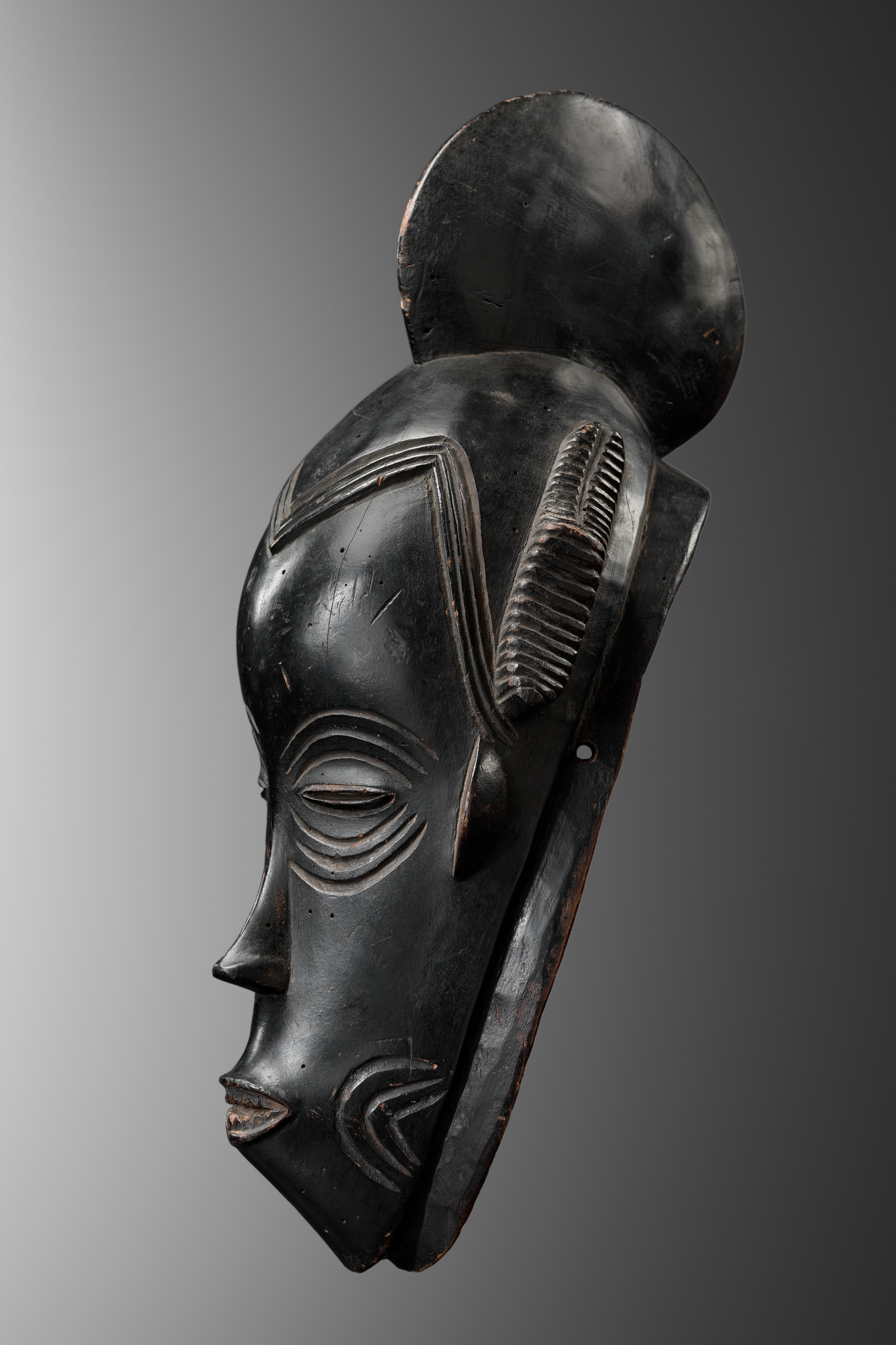 Closest to the present mask is a "gu" mask from the collection Fred and Rita Richman, New York (AHDRC 0060319). Both show a narrow elongated face with high arched forehead and serrated hairline. The narrow slit eyes are framed by concentric grooves, a graphic element typical of mask faces of the northern Guro in the 1920s and 1930s. The formation of ears, nose and mouth, flanked by incised semicircles, also largely coincide.

Together with "zauli" - a grotesque animal mask with long horns - and "zamble" whose face reminds of a leopard or a crocodile - "gu" forms one mask family. "Gu" is considered to be "zambles" wife.

"Gu" is always carved "uanya iri nya" - after the model of "a beautiful woman". However, it is danced by men. During her performance, which is only accompanied by flute music, she moves slowly and gracefully and sings songs in honour of "zamble". 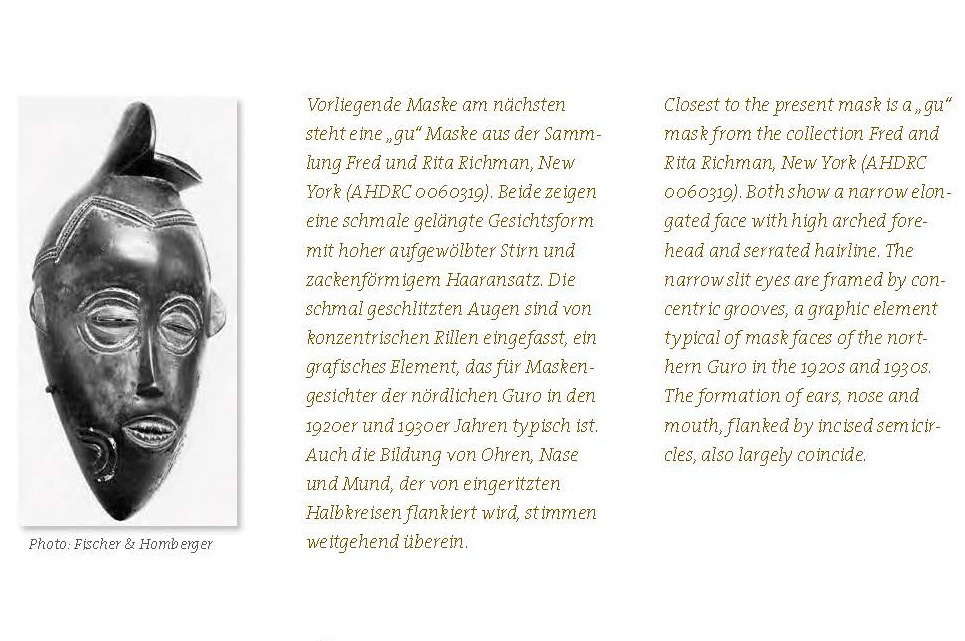 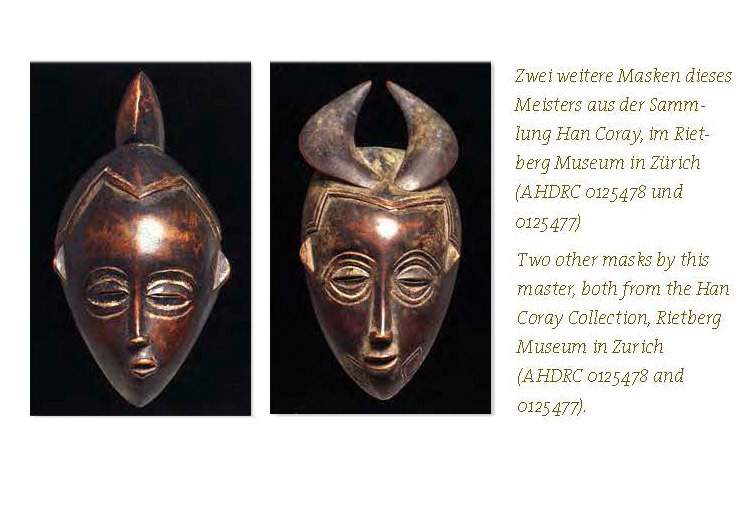