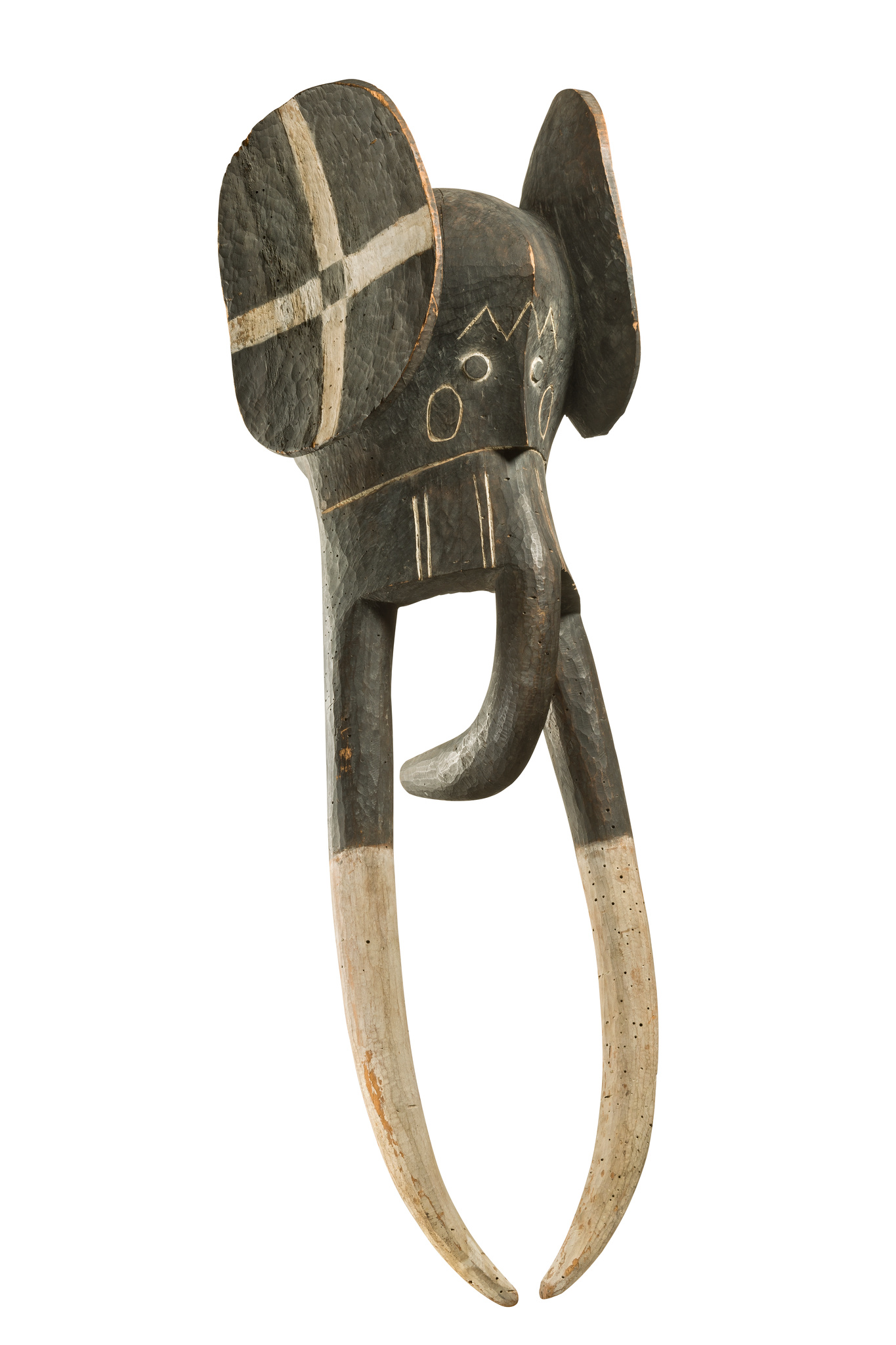 wood, black patina, kaolin, helmet-shaped, with extremely long tusks, inward-curving trunk and large disc-shaped ears, sharp forehead/nose ridge flanked by raised button-like eyes, incised geometrical scarification marks, handwritten collection number backside "61.943", slightly dam., traces of insect caused damage, minor missing parts (ear rims), rep. (breakage: trunk), cracks, abrasion of paint.
A very similar mask from the Musée National, Abidjan, Côte d'Ivoire, illustrated in Ross, 1992, p. 127.
In the southeastern Malinke region known as the "Worodugu", are to be found masquerade traditions, known collectively by the Mande term "do". The masquerades are principally performed on the occasion of "tabaski", as the Muslim festival of "id-al-qabir" is often called. The various mask types make use of animal, and other, imagery that creates powerfully affective emblems of group identity. Groups - wether entire villages, village wards, or other socially constituted groups - are represented and perceived by the forms of their masquerade headdresses. One mask type is inspired by and named after the African savannah buffalo "sigi", another is modelled and named after the waterbuck "senze". Yet another type is inspired by and named after the elephant "sama", which is the most largest of all, as befitting the largest land animal in Africa. The "do" masks appear collectively but perform individually and compete for performance primacy. Each has its own entourage of acolytes and musicians led by a ritual specialist "gnambla" and "griot" (= praise singer, poet, storyteller and musician). The words and chants of the "griot", like the mask itself, evoke a particular historical identity.